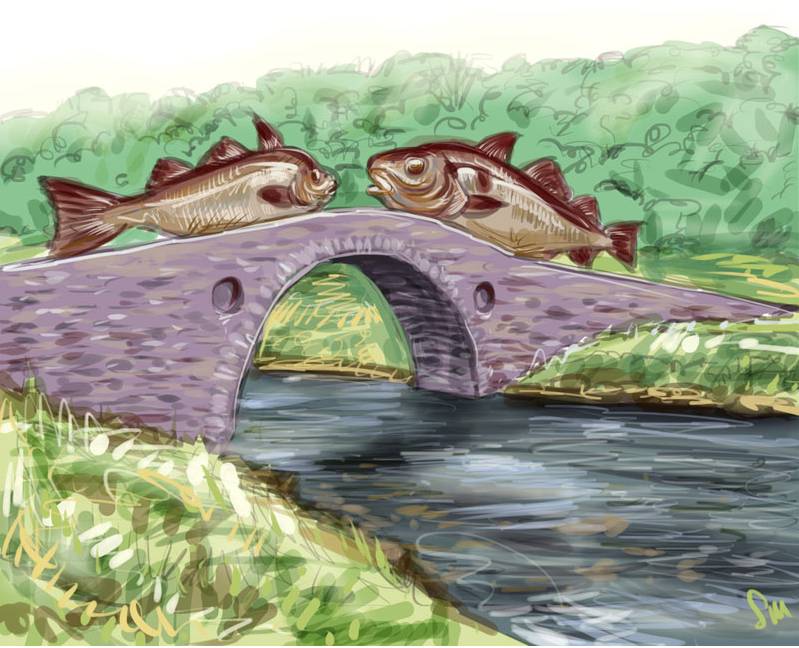 On the drive between Oban and Kilmelford on the west coast of Scotland there is a sign pointing you to the Isle of Seil and the Bridge Over the Atlantic. The road is a long one. A narrow one. And built with plenty of kinks and contortions so as to maximize your chances of being killed in a head-on collision.

You will drive so long that you will think you are lost. You will think I’m lying about there being anything at all down this road. But keep driving.

Eventually, you’ll cross the Bridge Over the Atlantic. It’s not as big as it sounds. In fact, it’s only about 30 yards long. But here’s the thing. It’s 15 yards straight up. And 15 yards straight down. Meaning that at its apex, it is absolutely impossible to see on-coming traffic. Which would not normally be a problem… if the bridge weren’t just one lane.

At the end of the road, on a spit of land at the far edge of Argyll, you will find one of the most charming little hamlets in all of the world — Easdale. It is exactly the kind of place that you came to Scotland hoping to find. A few whitewashed cottages. A few shops, all of which close up early. A calm harbor. An ancient pier. A red phone booth. And a diner—The Seafood and Oyster Bar.

Dez has a fu Manchu mustache, and a class clown demeanor that gives the impression he is utterly at peace with the world. Helen wears the constant half-smile of a missionary’s sister who knows that the road to heaven is a long one. They are perfect for this place.

There is a cozy, unfussy dining room in the back, which is decorated with several sepia-toned antique maps and illustrations of historical figures, and which offers a panoramic view of the harbor.

Despite the temptations of the scenery, however, we opt for what we regard as the more convivial front room.

There are three plain wooden farm tables here. There is also a squat, muscular wood stove which, on a moonless night at a quick glance, must look a lot like the Tasmanian Devil. It looks like it could devour whole groves of trees in a single swallow. It is bigger than the one we use to heat our 3-bedroom home in Vermont.

There is a bar with a 4-foot-long trophy fish hanging above it, and a chalkboard listing the day’s specials, all freshly caught.

One of the tables in the room is occupied by a pair of locals, David and Janice, plus their dog, Tanya, a black Labrador-Collie mix with tiny ears and no eyebrows.

They sit at the table nearest the door of the restaurant, where they can size up everyone who enters. Which they do, and which they take very few pains to disguise. (Walking into the Seafood and Oyster Bar is like walking out of the K-Mart dressing room where your mother waited to check the fit on some new, painfully stiff back-to-school blue jeans. Head cocked at 45 degrees. Lips pursed. Look up to check the waist. Look down to check the length. Waist. Length. Waist. Length.)

We claim one of the remaining tables for ourselves. And Helen sets up at the third to take her dinner—a large salad of chicken slices on a bed of leafy greens, beets, grated carrots and who knows what else—a life-restoring meal if ever there was one.

Dez occasionally lumbers out of the kitchen, feigning fatigue, and slumps into a chair across from Helen where he begins to pick at her dinner. Janice, who by the way, looks a little like the ex-heavyweight contender Jerry Quarry, leaps up to swat Dez on the shoulder for not letting Helen eat in peace. And he darts back to the kitchen like one of the three naked kids running away from Normal Rockwell’s swimming hole.

This does not disturb Helen’s dinner any more than a runny nose disturbs the operation of a Romanian orphanage. She is the ideal straight man.

Apparently, they do this a lot.

Despite the fact that we had already bought dinner in Oban, which we’d planned to eat on the deck of our cottage in Melfort, and which was on the verge of spoiling in the trunk of our car, the pleasant company at the restaurant and Helen’s salad convinced us to stay.

My wife ordered a salad just like Helen’s. And at Janice and David’s urging, I got… The Seafood Challenge.

Do you remember the movie, The Deep? Remember when Lou Gosset, Jr. had his head crushed by a giant moray eel? Imagine a haddock that size with fries and vegetables on the plate. That was The Seafood Challenge.

My spirit sank at the sight of it. And then I tasted it.

The crust was mercifully delicate, the color of honey and the lightness of meringue. It was nothing like the fish I had eaten earlier in the trip which came wrapped in something that looked and tasted like a Kevlar vest.

The fish itself practically evaporated on my palate.

The Scottish sea yields what may be the most delicious catch in the world. And Dez apparently understands that the fish is the star here, so he is content to be its agent. He cooks it with restraint. And he does not destroy it by trying to gussy it up.

When I finished, I proclaimed it some of the best fish I’d ever “tested.” I picked up my free tee-shirt. And as I walked back to my table, I heard Helen say, in a quiet but firm Presbyterian voice, “Well, aw yeev got to do now is pay fuddit, din ya? ”

No. That’s not all. I also have to recommend it. This was a little out-of-the-way place we stumbled on. And, as so often happens, it ended up being the highlight of our trip. 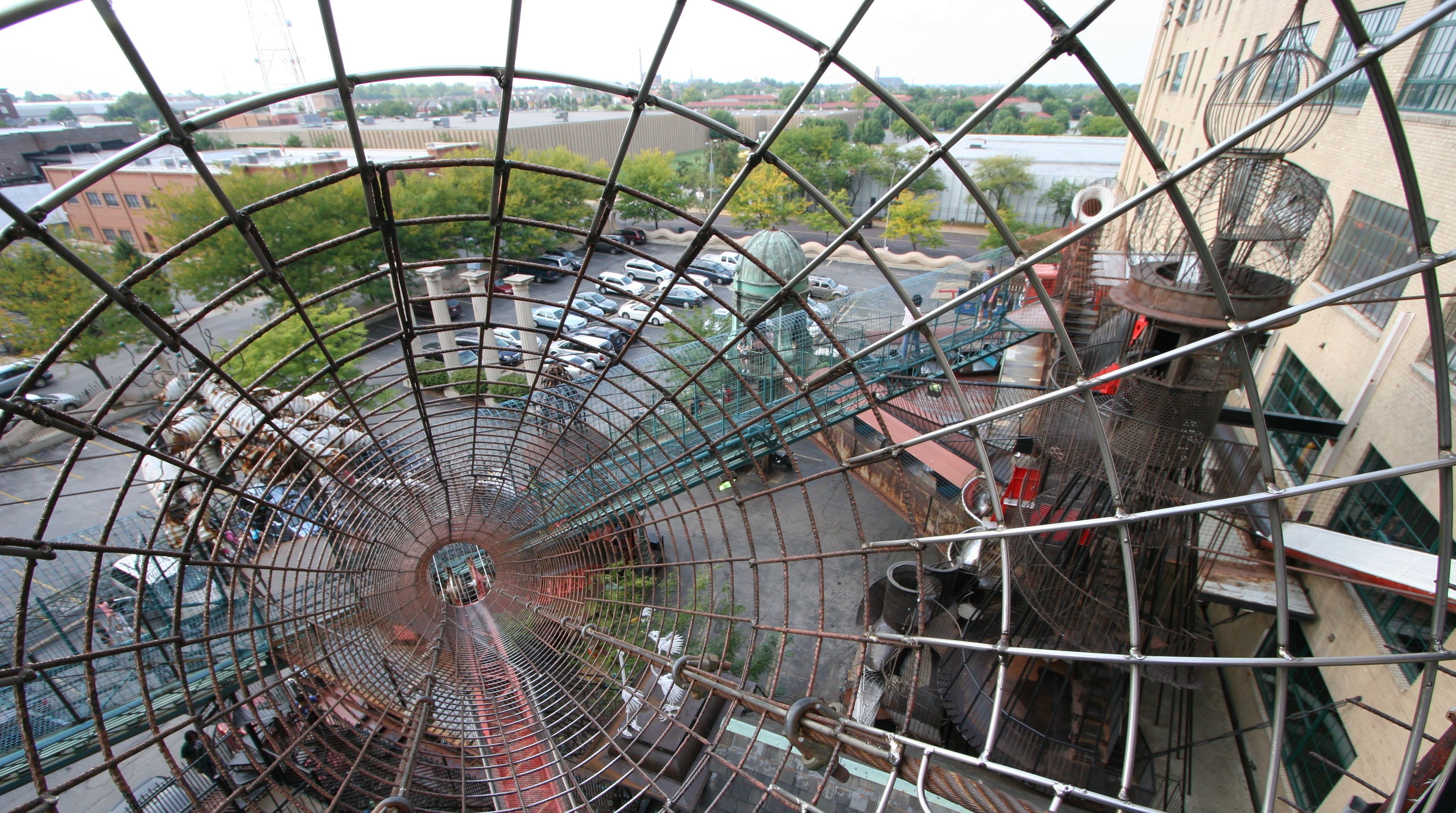