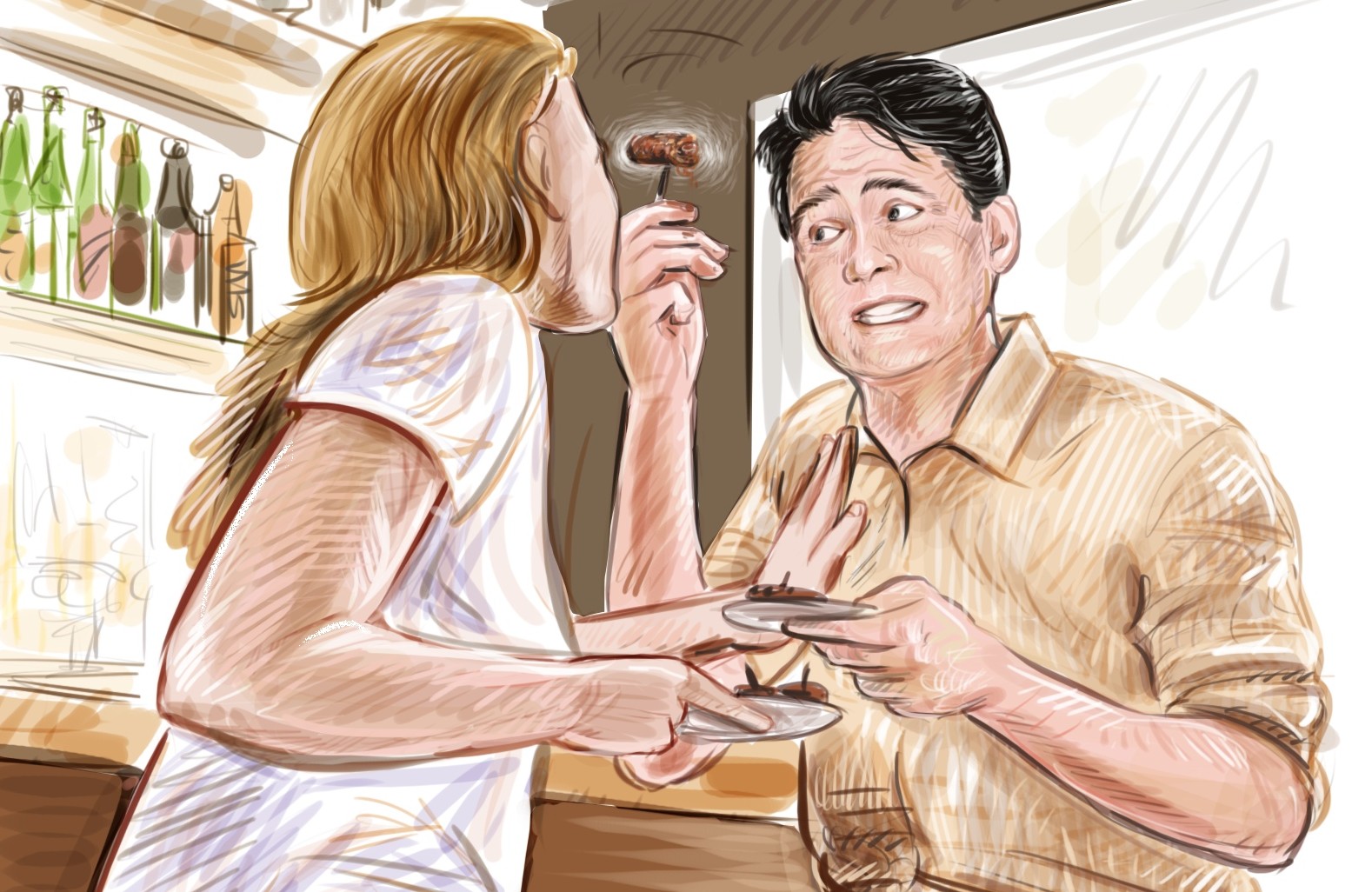 What I Ate on My Summer Vacation

Some of us believe that to travel is to become a temporary local and that it is essential when traveling to immerse yourself in the local culture as completely as you can. And that means eating as the natives do, even if the riding gets rough. Over our many years of traveling, my wife and I have tested that philosophy and come away rewarded… and not. Here are the kinds of experiences that put either question marks or exclamation points on the phrase “bon appetit.”

I Can’t Believe it’s Not Butter.
We have wandered a few blocks east of Rynek Glowny in Krakow’s old town and stumbled into a cavernous brick restaurant that we have been told serves fine traditional cuisine.

As we settle into our chairs, the waitress brings over a loaf of thick, rustic bread and a large earthenware crock of something spreadable. We eagerly dig into the bread and dip our knives into the creamy substance that accompanies it, generously smearing it around.

But the spread has little crunchy bits in it. “Smoky…” my wife says. I hazard a guess: “Bacon bits?”

My wife and I take another bite and chew contemplatively. Suddenly she stops eating and looks at me in horror. “Oh, my God, I think it’s lard.” she says, spitting the bite into her napkin.

“Don’t be ridiculous!” I retort, “Nobody puts out jars of lard in a nice restaurant.”

It is taking awhile for the waitress to return to settle the matter, so I continue to eat as if the more I consume, the more likely it will be that I am right.

Finally the server returns and confirms that, yes, I have been eating spoonful after spoonful of not some rich, buttery ethnic concoction of Polish devise, but rather caking my arteries with good, old-fashioned lard.

For my wife, this will prove more memorable and entertaining than anything else we see in Poland.

‘Tis Folly to be Wise at the Tapas Bar
We’ve parked ourselves at a popular local tapas bar in Bari Gotic just off the Ramblas in Barcelona. It’s one of those places were you don’t so much order anything as you just scoop up what looks good as a passing waitress plops it down within your reach.

The place is packed with a hungry yet discerning crowd, and I learn to gauge what is good from how much competition I encounter for individual items. On one such pass, the waitress places several dishes on the bar and the crowd descends with a little more enthusiasm than usual, so I make sure to grab a toothpick-full for both of us.

It is a small, dark sausage of some sort, heavily spiced and sitting atop a fingerling of toast. We take an experimental bite and are rewarded with a deliciously intense smack to the senses.

We share a quick glance and then—of one mind—dive back into the bar-crowd to secure as many of these new delights as we can before the locals eat them all.

A little later, no longer hungry and now just eating for sport, the mystery tapa is presented again. By this time a local Spanish friend of ours has dropped in to join us.

I urge him to try this new discovery of ours but he demurs, “No, thank you, I do not like fried pig’s blood.”

When Thomas Gray wrote “Ignorance is bliss,” he may well have just stumbled out of a tapas bar.

Hi-Yo Silver, To Take Away!
“We are out of the young horse. I could probably serve you the ordinary horse and tell you that it is young horse, but I will be honest with you. However, I can promise that you will enjoy the adult horse.”

When someone is so forthright with you, it feels wrong to not reward his or her candor with consent. To refuse would imply that you are skeptical of their character and they have failed to win your trust with their show of vulnerability.

I have gotten in trouble falling for this technique before, but the bartender downstairs had sworn up and down that this tiny restaurant on the upper floor was incredible, and we were charmed that the place had only four tables and sympathetic that the other three were empty…

So I say yes. The non-young horse sounds delightful, thanks. My wife shudders and orders the fish of the day.

The chef is a one-man show, taking our order, bringing the recommended wine (a terrific Malvasia which seems to be the house wine everywhere here in Slovenia) and then dashing back to the kitchen to make a meal out of Trigger and Nemo.

As he cooks, I fret. Sea Biscuit. Wildfire. My Pretty Pony. What have I done? A stranger in the next room is making a horse dinner—for me. I’ve had friends who were horses, and here I was agreeing to eat one of them. I suddenly remember that Pope Gregory III actually banned the eating of horsemeat more than a thousand years ago, and while I’m not Catholic, I can’t at the moment think of any other edible foodstuff to suffer a similar condemnation. How do I get out of this without risking offense?

The food arrives. I frantically try to think of some excuse, a place to hide my portion like a naughty toddler dodging his beet salad, but there is no avenue of escape. Resigned, I brace myself to tolerate a few bites, anticipating something gamey and alien, and am already privately wondering where I might pick up something to eat on the way back to the hotel. And then I realize I’m being watched.

To my dismay, the chef lingers by the table with an expectant look I recognize. He wants to see my reaction when I take that first bite. Ever a prisoner of my own courtesy, I smile gratefully, seize my fork with trembling fingers, and with the imagined eyes of the Pope upon me, tentatively take my first unholy bite.

To my astonishment, it’s one of the best things I’ve ever tasted; tender and sweet, not gamey at all, and with a subtle complexity of flavors that I struggled to comprehend. I couldn’t get over it. The aroma was heavenly, the presentation artful. The preparation was very French, a tart cherry sauce melding perfectly with the singular taste of my new friend Flicka.

After much cajoling, my wife reluctantly samples a bite and I get to watch as the struggle between palate and guilty conscience plays out on her features as it must have played out on mine, with palate winning in a cakewalk. Against all expectation, we are horse converts.

While waiting for my meal to arrive I had quietly fretted how I was ever going to be able to look another horse in the eye after this. But now it’s the horses that had better watch out. I finally understood why horse-thieves existed, and also why the injured parties considered the offense a crime punishable by death.

As I chew, I’m reminded of the famous scene in The Godfather Part I, where Jack Woltz awoke in horror to discover a horse’s head in his bed. If the film had been shot in Ljubljana, the man would likely have instead behaved like a delighted child on Christmas morning, knowing that such a generous gift meant that he had been a very good boy indeed.

As I bat my wife’s questing fork away from my plate, I’m already thinking ahead to my next meal and wondering how I could find this amazing stuff back home. But of course, Americans bridle at the thought of horse on the menu.* I would have to eat my fill before coming home.

One of the great gifts of travel is having your preconceptions challenged and returning home with a broadened perspective and a new willingness to examine your own cultural prejudices. Come to think of it, if you really knew what was in a good old American hot dog, you’d probably never eat one again.

*Travelers Roundtable would like to extend their sincere apologies for this truly awful pun. 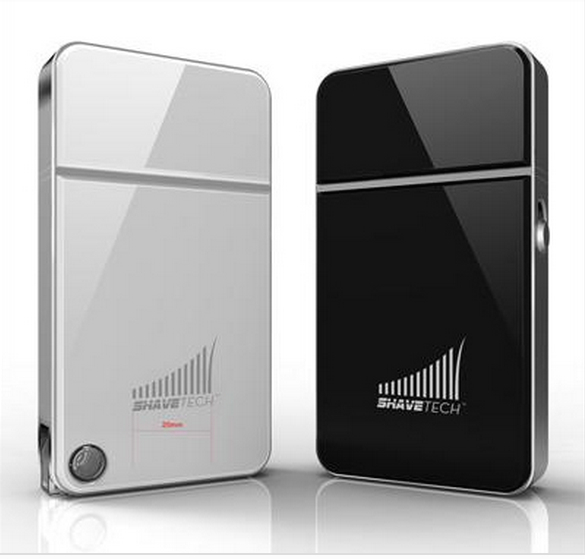 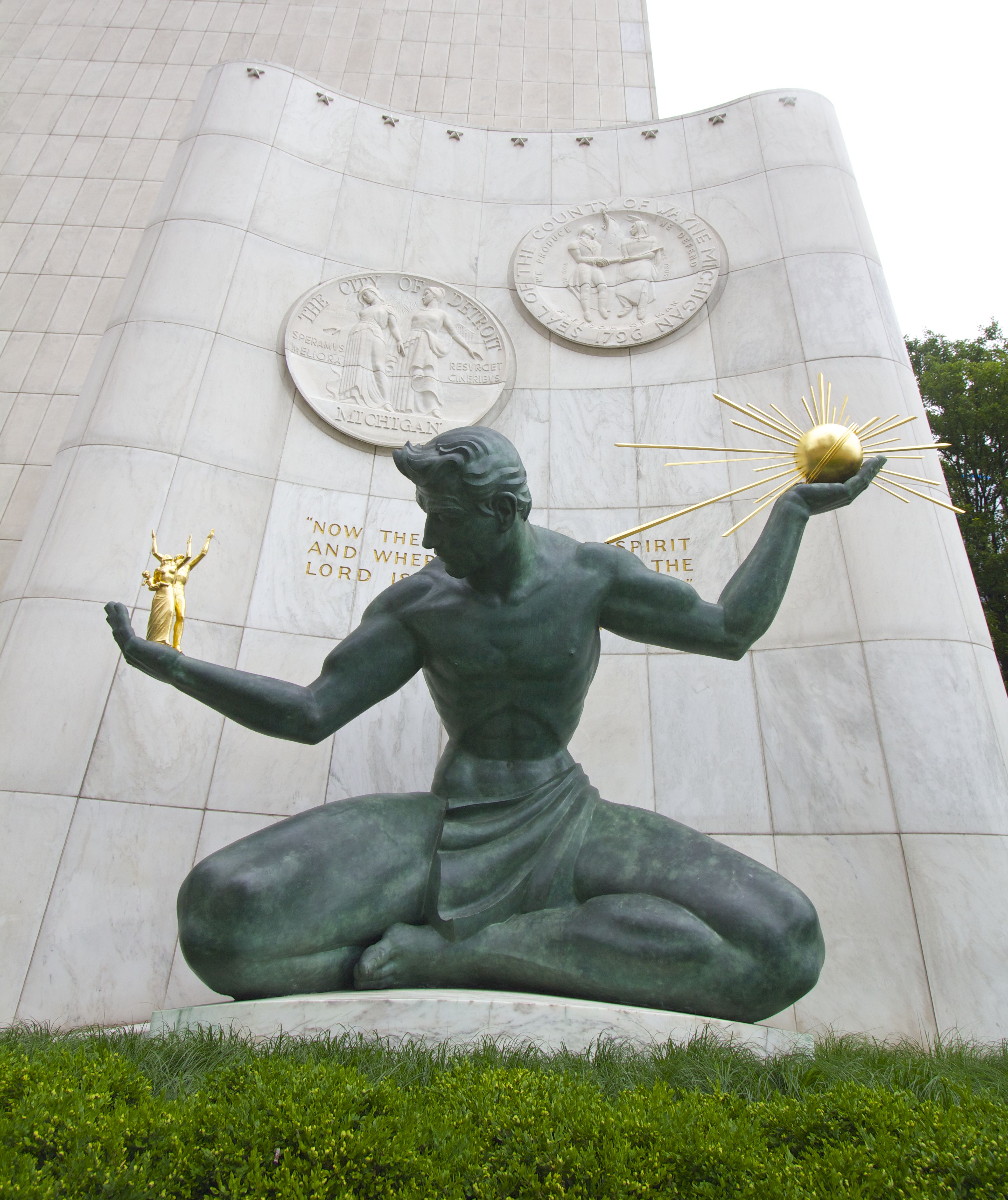