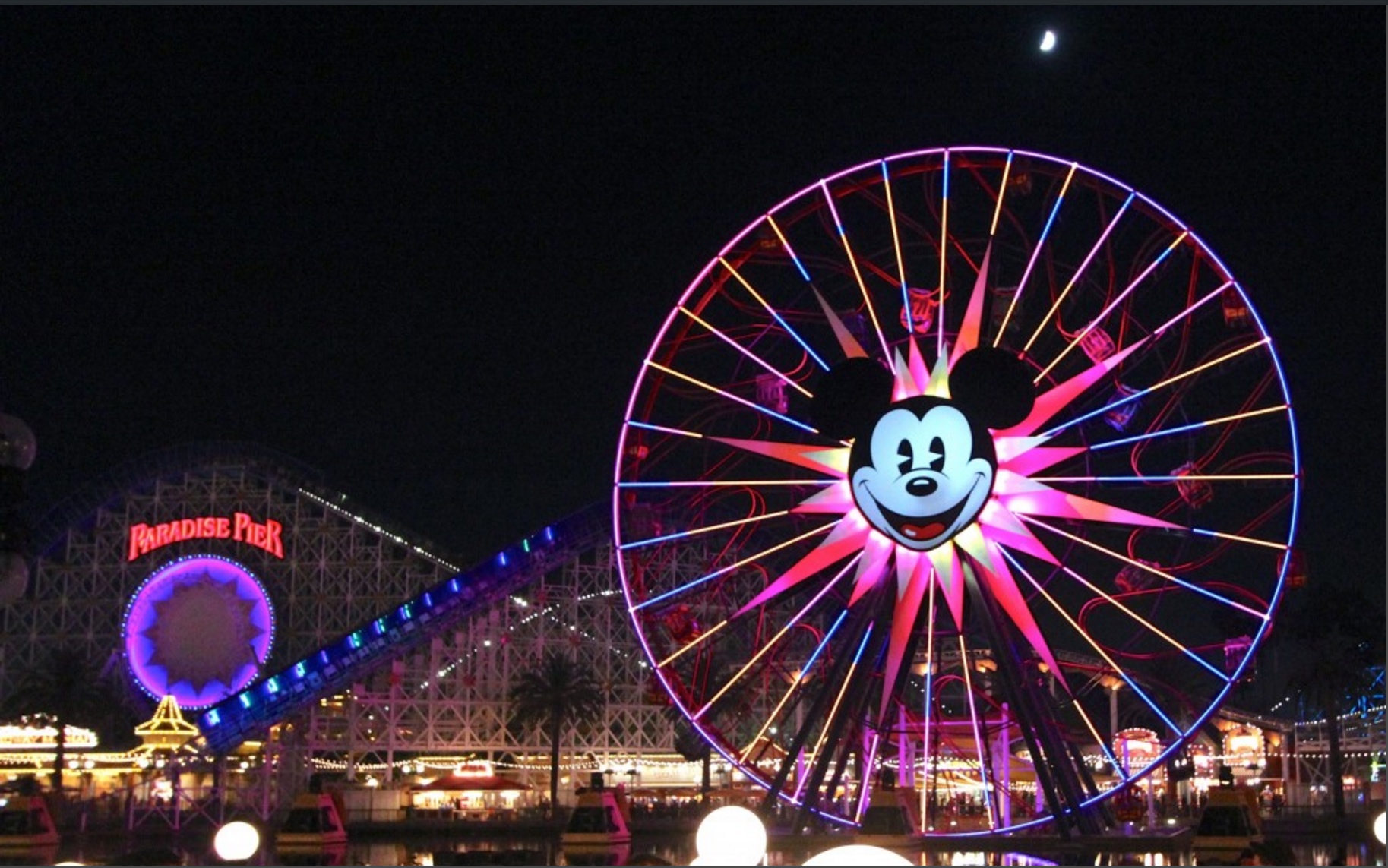 Splurging and Skimping at Disney West

Disney raised admission prices this month for all of their theme parks. While this comes as no surprise—regular increases have become the norm over the years—it’s a good reminder for families to spend a little time carefully planning their budgets for their eagerly anticipated vacations to Disneyland and Disney’s California Adventure.

Most families skimp and save for their dream vacations to even make them possible at all. But by picking and choosing your moments to cut loose, you can transform a budget-minded Disney vacation into even more of a holiday to remember. As you’ll see, even those experiences that fall into the “Skimp” category are genuine pleasures. On a recent trip to Disneyland and Disney’s California Adventure, our family was able to find that elusive balance between thrift and abandon, and so can you. Here are some of our favorite Skimps and Splurges for your visit to Disney West.

A Newer, Grander Adventure
There has never been a better time to visit: Disney’s California Adventure recently completed a five-year expansion, adding major new attractions like the 12-acre Cars Land, a startlingly detailed re-creation of the environment from the movie Cars. Walking through an exact replica of Radiator Springs is the closest you can come to actually inhabiting the world of a Disney/Pixar story, and our son was captivated.

The new Buena Vista Street offers an entirely different, but equally charming, experience to visitors. It’s a time-travel experience back to the Los Angeles of the 1920s, filled with shops and Jazz-Age architecture. This is the L.A. of Walt Disney’s memory, when he was getting his start as an animator, when Hollywood was young—a dream city within a dream city.

TIP: The Disney FASTPASS system is a huge help if you want to avoid waiting in long lines for the park’s most popular attractions, but tickets are limited, and the Cars attractions—particularly Radiator Springs Racers—are currently the hottest tickets in the park, so make sure you pick up your FASTPASS for it the moment the park opens.

Skimp: Sleep Off-Campus
The Disney hotels within the park itself are marvelous, to be sure. Disney’s Grand Californian Hotel and Spa, in particular, is spectacular, with a gasp-inducing grand lobby that will fill you with wonder before you even set foot in the park. But if these fanciful accommodations are beyond your reach, or if you’d just rather spend that money on staying at Disney an extra day or two, you can walk one block to the nearby Anabella Hotel for less than half the price.

The Spanish Mission-styled Anabella Hotel is a Disney Partner Resort, approved by the Disney company as upholding their own high standards for guests, and we spent a relaxing three nights here. The property boasts an Olympic-sized pool, and a spa surrounded by lush, tropical gardens, gushing fountains, and palm trees. The rooms are modern, tidy, and comfortable, with good beds. Our room was technically a single room, but it had an angled layout with our son’s full-size bed tucked into an alcove, making it easier for us to stay up past his bedtime. There is also an adults-only pool for couples who want a pool experience with less splashing and laughing cries of “Cannonball!”

Skimp: And after a long day at the park, you can have an enjoyable dinner at their affordable, poolside Tangerine Grill & Patio. The restaurant is a good value, and it was nice to not venture far from our room at the end of a long day at the parks. And if you are hankering for a taste of how the other half lives, you can grab a couch in the huge lobby of the Grand Californian Hotel and Spa and have a gee-whiz moment for absolutely free on your way in or out of the park.

Tip: The Anabella Hotel is a full-service partner for Disney. The staff is friendly and accommodating, and you can buy your tickets right at the hotel, if you prefer. To save even more, rather than buy park-hopper tickets for each day of your visit, plan to dedicate specific days to one park at a time.

Skimp: As a general rule, don’t splurge on breakfast and lunch. Both meals will be eaten on the run with your thoughts elsewhere, and by doing these two meals as cheaply as possible, you can better afford to pull out all the stops for your evening meal. The recommended Anabella Hotel offers good value on concierge packages, including breakfast, and you can get fortified for your adventure in plenty of time before the parks open in the morning.

Tip: Water fountains are everywhere at both parks, so take a refillable bottle with you and get refreshed throughout the day for free.

Opting to grab lunch whenever the mood strikes you and wherever you happen to be at the moment saves you from traveling long distances at midday to honor previously made reservations, time that can be better spent exploring the parks. And by eating cheaply during the day, you can afford to treat yourself to the very best splurge on this list: The Ranch.

Splurge: Though our local friends enthusiastically recommended this place, I have to admit I wasn’t sure that I wanted to dine at The Ranch. It was a short drive from the hotel, and we were all feeling a bit tired that night, so we debated going. Learning that the adjacent Saloon—part of the restaurant—is where the live country music and line-dancing takes place did not further rouse my enthusiasm. When we finally arrived at what looked like an industrial office park, my suspicions were only raised further.

The Ranch is a wonderfully sophisticated, yet unpretentious, mecca for serious foodies, recently named one of the Top Ten New Restaurants in the Country by Gayot.com, and enthusiastically recommended by the Zagat survey. Chef Michael Rossi, who recently cooked for the James Beard Foundation, may be holding court in a restaurant influenced by country music, but make no mistake; the man is a rock star.

Our family enjoyed a fantastic meal here, with one inventive, delicious dish following another until we finally collapsed into a happy stupor. After settling into our booth, we enjoyed a consultation with gifted Master Sommelier Michael Jordan (stop that sniggering), who divined exactly which wines from his exalted 14,000-bottle cellar (no, that’s not a typo) would most perfectly accompany our meal.

The marvelous vintages he trotted out were only the first of many revelations at The Ranch, including menu items like the Ceviche Trilogy with crab & coconut curry, lobster & mango, and shrimp & heirloom tomato versions (using the Ranch’s own farm’s more than 70 varieties of hierloom tomatoes, including several that are nearly extinct). Or the wild Burgundy escargot with hazelnut spaetzle, hen-of-the-woods mushrooms, and parsley & green garlic foam, beautifully paired with a glass of Kistler’s Les Noisetiers Sonoma Coast chardonnay. Or the grass-fed lamb chops with Rosa Bianca eggplant, spicy merguez sausage, taggiasca olives, chickpeas, and harissa, matched with a David Arthur Napa Valley Cabernet. Or the playful, buttered-popcorn-flavored ice cream. Or the deconstructed brownie.

If you have to pick just one splurge to enjoy on your family vacation to Anaheim, The Ranch, unequivocally, is it. I’d eat ramen noodles breakfast, lunch and dinner for a solid month to earn the chance to dine here again. Did I mention that I highly recommend it?

Skimp: The humble Corn Dog Castle, in Disney’s California Adventure, was, quite possibly, the least expensive dining experience of our entire trip. (And yet it yielded one of our trip’s most memorable moments. There’s a lesson there—more on that later.) For a few dollars, we treated our son to one of his favorite foods while taking a grateful rest for a half hour, sitting on patio furniture by the waters of the lagoon while gazing out at the great Ferris wheel.

Brennan’s is more of a complex than a mere restaurant, with an open-air courtyard that contains the Creole Café for quick meals, Flambeau’s, a jazz club offering live music, the Carnival Club on the upper floor with some romantically styled rooms, and a second-story Jazz Balcony that offers a ringside seat for the evening’s fireworks.

Oh, and the food is authentic and delicious.

A good strategy is to start in Flambeau’s to have a Sazerac and an appetizer while you listen to the live bands, and then move upstairs for dinner. On our final night at Disney, we enjoyed our final splurge meal at Brennan’s, dining out on the wrought-iron-framed Jazz Balcony, watching the brightly colored firework displays flare and soar over the tree-lined street scene below us.

What is a magic travel moment? For me, it’s usually a small moment, something that your ordinary consciousness might overlook, but one which good travel has sufficiently attuned you to notice. The light changes and suddenly everything seems different, and you have a heightened awareness of where you are, a greater appreciation of who you’re with, something clarifies for you, and your brain takes out its highlighter and draws a halo around the scene for safekeeping and later review. The best ones are not grand, but almost shyly reveal themselves.

Our last afternoon at Disney’s California Adventure, as my family and I happily sit at the little Corndog Castle and eat our humble lunch—what’s more humble than food on a stick?—I become aware of a familiar melody playing underneath our conversation. It’s a tune I know, but can’t place.

Then it hits me; it’s the instrumental theme song from the Disney film, Up, an old-fashioned, innocent, lilting carnival ditty that seems to also be the soundtrack to what we are all feeling at that moment. In Up, that piece of music underscored the entire history of a life that ended sweetly, summarized by the treasuring of his loved ones through the gift of an otherwise undistinguished bauble. That tiny souvenir, a bent soft-drink bottlecap attached to a safety pin, was the fond token of friendship, love, and devotion between a man, his wife, and a child. A very ordinary thing, made extraordinary through the endowment of love.

And so, as I sit there in this timeless fairground scene with my family, I stumble upon my shy little magic moment. We are together, my wife and I, warmed in the glow of the memories of sharing similar moments with our own parents, our love of our young son, and all of it suffused with the faint sense of the outlines of a circle.

And prompted by the merest of things: a corn dog, a place to sit, colored lights on rides, and an old-fashioned melody that suddenly belongs to all of us. Unexpectedly, the humble thing becomes magical. 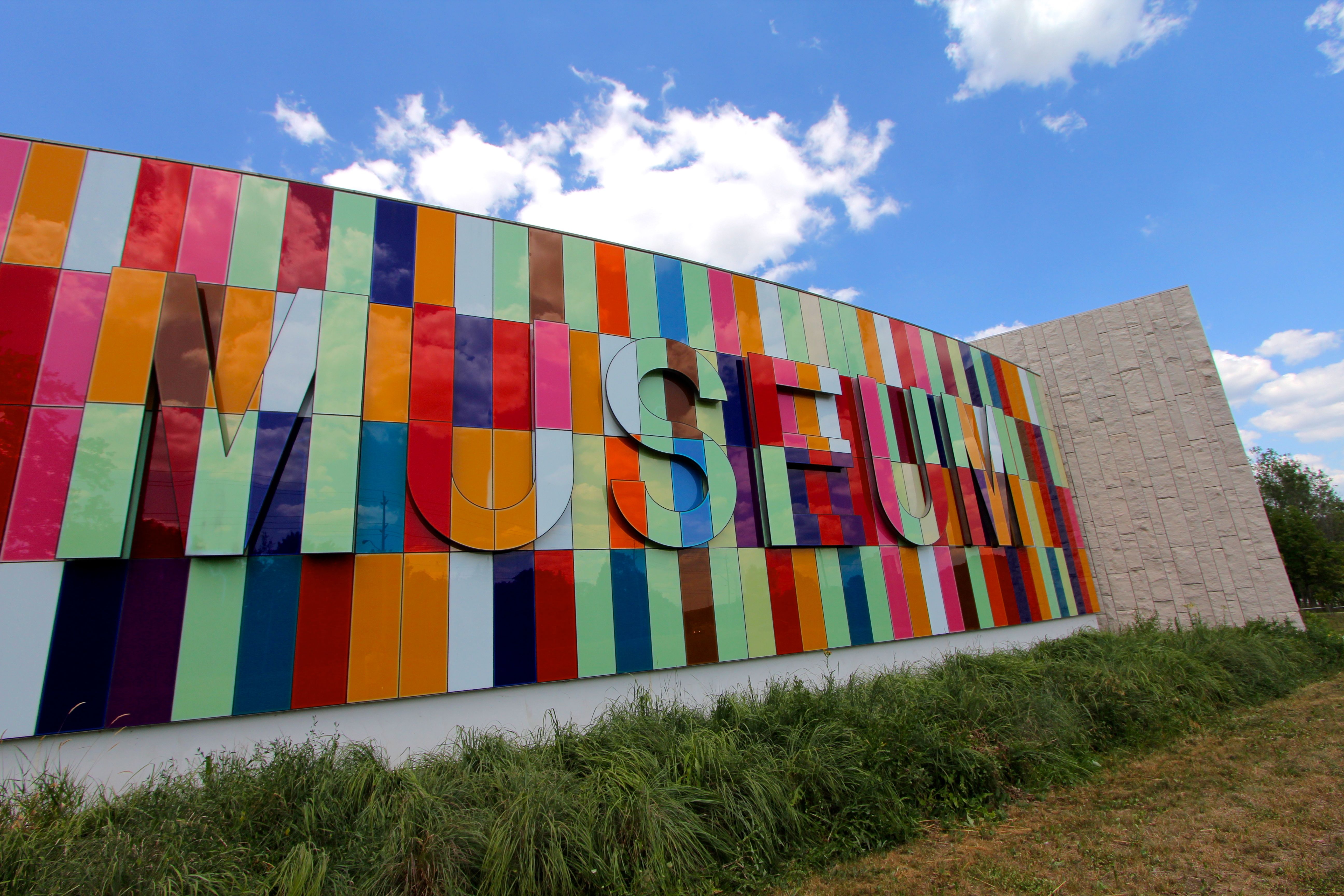 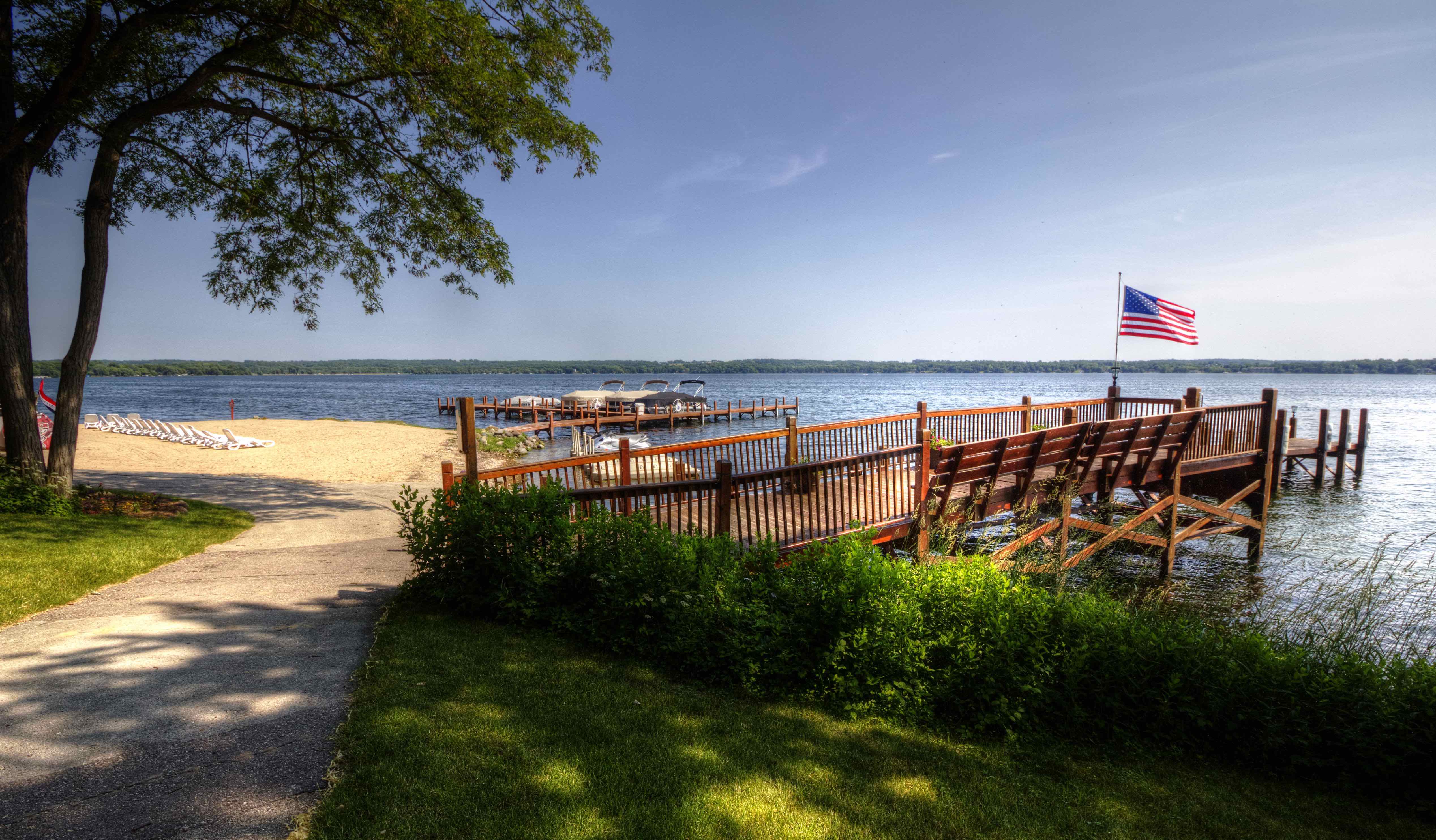