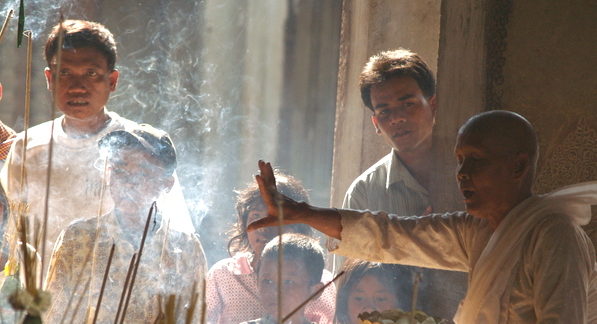 Tip and I stood in line to get our three-day passes for Angkor National Park. Once the clock struck five, we purchased the tickets for the following day, yet we were allowed to enter the park that night, essentially for a free sunset. We hired a guide for our first day, and a driver for the rest of the trip. We stood in line with the guide, our passports, and some unnecessary passport photos in hand. “We don’t allow your own pictures anymore. Now it is all digital.” Our guide laughed and covered his mouth a bit with embarrassment. “It’s because for us, all the Europeans look the same!” We finished the day with the sunset reflected off the western face of Angkor Wat.

A Glimpse of the Kingdom
A UNESCO World Heritage Site, the 160-square-kilometer Angkor, in Cambodia, is an awe-inspiring collection of temples and palaces, and what we saw is only a fraction of the more than 1,000 structures reclaimed by jungle.

Kings come and go, and the royal list at Angkor was long. Jayavarman II founded the Khmer Empire in 802 A.D., while the Angkor Wat complex itself was commissioned by Suryavarman II over three centuries later. Angkor Thom and its Banyon Temple were commissioned by Jayavarman VII, who also was responsible for Ta Prohm and Preah Khan. In all, the empire lasted for about 600 years.

Our driver, Mr. Seng, picked us up at the Pacific Hotel, a modern hotel at the edge of Siem Reap, a small city just three and a half miles south of Angkor Wat. I’ve been to some pretty amazing places—the Egyptian pyramids, the Mayan jungle ruins of Tikal, and Machu Picchu, to name a few—so I worried that, with all the hype, perhaps I might be a little jaded, and, subsequently, a tad bit disappointed. Expectations ran high.

Our starting list featured almost a dozen temples, yet we were never in danger of “temple overload.” Each site showed something unique. Tip and I used our guidebook not just for historical background, but as a sort of treasure hunt. The book’s photos of notable details became a checklist for exploring each site, and we refused to move on until we had seen each temple’s unique glories.

“Sit upstair and mosquito no bite you”
At the end of the day, the intense sun and the innumerable steps and paths left us exhausted but satisfied. We returned to the hotel to soak in the pool, then had massages at the spa before heading to Siem Reap’s tourist-centric Pub Street for a meal and competing drink specials.

We sat down and ordered. I looked up warily at the message board that read “Buy two, get one free,” and wondered if we were going to lose an argument about who said what. To be safe, I asked the waiter. He looked over his shoulder at the board, and turned back with a distasteful look on his face, as though some jester had written the specials wrong just to annoy him. “It’s happy hour. I make a change for you.” He smiled.

Angkor pulls you into an adventure movie set and tickles your inner child’s imagination with visions of Indiana Jones or Tomb Raider (part of the latter was, in fact, filmed in Angkor). Parakeets screeching among the uppermost branches of the trees; frogs chirping like birds in the moats; cicadas buzzing unseen in the forest…and the sounds of children shouting, “Sir, ten postcards, one dollar, sir! Sir! You buy from me? Please, sir! Ten postcards!” Then to prove it, he or she counts them aloud in English. “ONE. TWO. TREE. FO. FI. SEEKS. SEWEN. AYY. NIGH. TEN!” So, in addition to the treasure hunt, we had the challenge of running the gauntlet of ambitious little hawkers who, fortunately, weren’t allowed to sell inside the ruins. Despite their popularity with tourists, the vast collection of temples meant we could often find ourselves alone inside a temple, at least for a short while.

Temples in the Forest
On the second day, Mr. Seng drove us to Banteay Srei, a temple more distant than the rest, with some of the most intricate details we saw during our trip.

By midday, we began exploring Ta Prohm, a captivating and captivated site, thanks to the abundance of trees that have grasped the temple stones firmly in their roots. We encountered two children traveling with their parents. Surely, this must have been scripted; they were humming the theme from Raiders of the Lost Ark as they burst from a temple doorway into the lens of their parents’ video camera. And, as much as we tried, we never did find the site’s famous Buddha face nearly enclosed within a tree.

At the end of the day, we climbed a path up Phnom Bakheng Mountain to watch the sunset over the water in the distance. The throngs of tourists we hadn’t seen all day showed up nearly an hour early to find a perch atop the temple on which to place their cameras. The climb back down was in the dark for anyone who lingered too long trying to capture those last shades of purple and orange.

Finally, on day three, the grand finale was upon us. Angkor Thom occupies six square miles all by itself, and, even given the entire morning, we were hard-pressed to see the highlights. It is estimated that, at one time, as many as one million people lived in this city. Entry via its reconstructed south gate is a fitting start to the day, and Bayon Temple alone could have occupied our day as we watched the sun shift along its impressive bas-reliefs—three quarter miles long.

Navigating the Divine Map
After lunch came the legend itself, reputed to be the largest religious complex in the world: Angkor Wat. Angkor Wat is a model of the cosmos from a Hindu perspective. The iconic central towers represent the home of the gods, Mount Meru. The moat surrounding the walls enclosing the temple complex are the seas and mountains cradling the world. Angkor Wat was built before a cultural shift toward Buddhism. Though images of the Buddha were later brought in, the carvings—especially the magnificent bas-reliefs along the walls of the temple—depict stories of the Hindu tradition.

But Angkor Wat is not just a collection of ruins; it is an active religious site as well. The faithful pray before Buddha images and light incense, or make offerings. A large group gathered that day for a religious ceremony, and Tip and I skirted along the edges, greeted by smiles, if we were noticed at all. The long halls offered some reprieve from the day’s heat, and, with our temple treasure hunt finished, we felt relaxed enough to linger a bit longer, and gaze a bit more at the figures tangling in battle in the bas-reliefs. We savored every last morsel of the place, and for dessert, we had one more rosy sunset. Darkness gathered in the hallways and corners, and started to spread. The park guards pushed the tourists back toward the bridge to the parking lot. As we crossed the moat, we looked back one more time at that trademark skyline climbing into the purple sky, which was as high as our expectations. Not even the most jaded traveler would be unmoved. 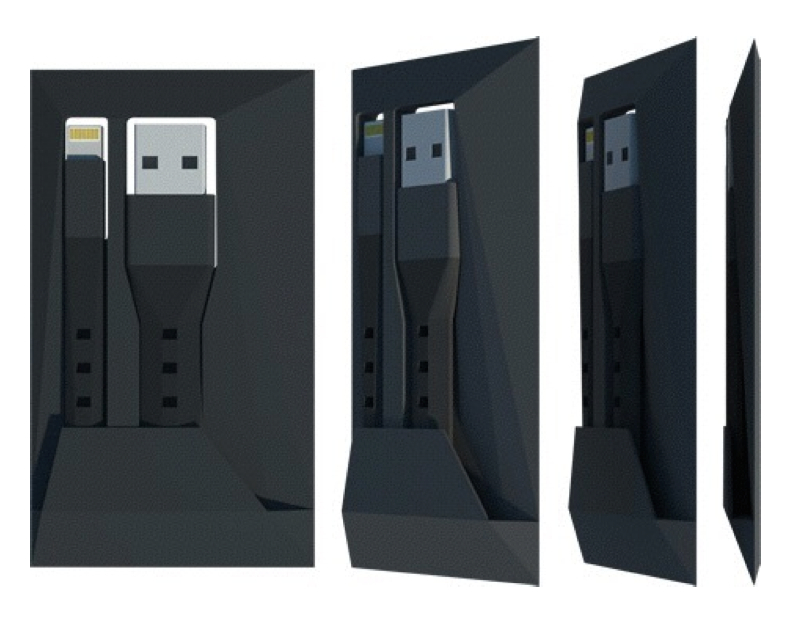 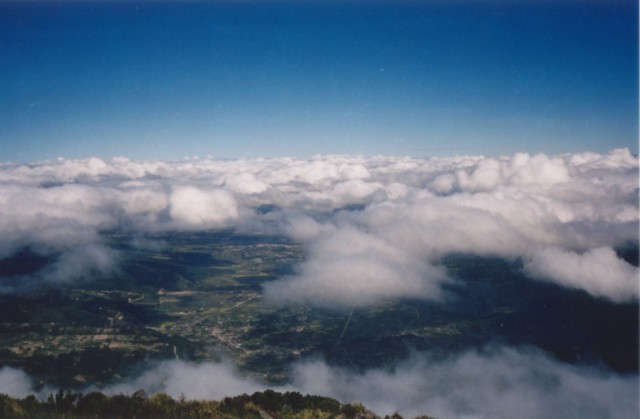 To the Top of the Volcano